Let me break the long silence here with this. Hello, my people. I’m trusting you all are doing well. It’s been a busy season for me. Juggling quite a number of things can be sometimes overwhelming, but I’m hanging in there. Thanks, Zoe lovers.

I found this book in our library, at the office, and I decided to take a sneak peek into it. Oh yeah, it has since then become my go-to whenever I’m less busy, or whenever I want to unwind from the whole work pressure.

This book is big. I won’t even lie. So, don’t be thinking in your mind that Maureen is a book worm. Though I prefer hard copy books to voluminous soft copy books. Yeah, I’m still traditional like that. If it’s soft, then keep it short, then I can promise I’ll finish reading it.

So, there’s this part in the book where I learnt something new about relating with people and leading a team. Why is this so important to me? Because I’m privileged to be leading a team of 3 in the sales and marketing department for a start up digital marketing/ advertising firm (Easyblurb.ng).

Young Alan resumed at his new office. A top management role and he’s to lead the Marketing team of highly experienced people. First day at work, he already started implementing changes in the office outlook, just so he can feel at home and make everything look like where he was coming from.

Good or bad? Well, everything was looking good and going as planned.

Three months down the line, he called for a meeting with his team and they gathered together in the room.

Standing in front of unfriendly looking, stern looking people; Alan didn’t even care about their countenance, instead he started his speech (showing his displeasure at their performance in three months, how he thinks they are bunch of failures because they didn’t meet their targets).

I’m sure you’re trying to imagine what their reaction will be like.

Well, Alan decided to take a pause after his long speech. This was what they were taught at their Marketing trainings.

He reached for his cup of tea and was looking at the faces of these people who would spare nothing if asked to throw stone at him.

Poor Alan thought he was drinking tea, but everything was pouring on his pants. Oh my! I can’t even begin to imagine how embarrassing that was for him.

The room that was so quiet became so noisy with chattering and laughter. Alan got his team members laughing so hard, uncontrollably.

Bad experience, yeah? Guess what? That was the start of peace between Alan and his team. After that experience, there was never a time they didn’t meet their target. They had exponential increase in their result and Alan got to understand them more.

What’s the take out from this?

He was trying to force down his own will on the team of people he had not even fully understood. These were bunch of experts and experienced people in their field. Yes, you want result. But can you at least be more relational, rather than just trying to order them around and pass the blame? I mean, if you were that good of a leader, then your team should produce result. It just shows something wasn’t right, somewhere.

There are one or two things you’d learn from people, regardless of the level you’re at. This will help your relationship with them. If you want people to buy your idea and follow you as a leader, at least win their trust. Instead of bashing them, telling them how inadequate you think they are. Why not be a team member and get them to see what they’re not seeing?

Every leader is a team member, so don’t say I’m the head and my job is to give the orders. You’ve got to lead by example.

I’m going to stop here for now. I mean, I’ve not even gotten to the middle of the book. Trust me to definitely share with you as I learn more.

PS: This is like my third book review post ever. Did you learn anything? Do you think I should do this again? Tell me in the comment section. Ciao 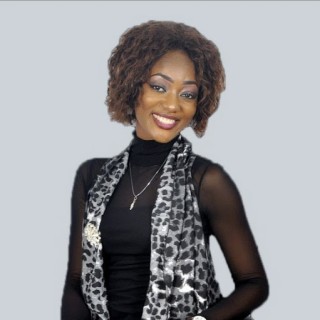